Together We Can Make the World A Better Place

At the University of Central Florida, we challenge each other and ourselves to do extraordinary things. And as a model for higher education in the 21st century, we create a large-scale positive effect on our students, our region and our world. For UCF faculty and staff, that means greater challenges to tackle, more meaningful opportunities to grow and rewarding experiences that go beyond a paycheck

We’re seeking qualified individuals with the passion and talent to help UCF fulfill its mission of being an academic, partnership and research leader. Ready to join our team? New faculty, staff, administrative and professional positions are opening up every day.

Please note that a background check is required for employment at UCF in order to promote a safe and security environment for our community.

Anyone with requests for an accommodation with the application or interview process, please contact the Office of Institutional Equity by telephone: 407-823-1336; email [email protected]; or in person: 12701 Scholarship Drive, Orlando, FL 32816-0030.

Living in America’s most popular tourist destination has its perks, but there’s a lot more to Orlando than theme parks and thrill rides. From our dynamic downtown to our eclectic neighborhoods and wide-open nature reserves, Orlando offers more reasons to explore than you can imagine. And with 236 days of signature sunshine to enjoy, Orlando creates a perfect environment to live, work and explore.

Make yourself at home in one of Orlando’s many neighborhoods. The Orlando region is rich in history and character, and living here means seeing your money go significantly further than it would elsewhere. Orlando has more reasons to explore than you might think, from our vibrant downtown to our unique neighborhoods and wide-open nature reserves. Orlando has been dubbed one of “the next great boom cities in the United States” by Forbes magazine. The city itself has a population of over 280,000 people, while the metropolitan area has a population of around 2.5 million.

There’s a whole side of Orlando that most people don’t know about. It’s much more than a worldwide tourist attraction. Life sciences, medical innovation, as well as the creative, technology, and hospitality industries, are all centered in the city. Plus, the region has the country’s fastest-growing job market and population, outperforming other fast-growing metros such as Dallas, Atlanta, and Austin and propelling innovation forward. From its beginnings as a university town created to win the space race, Orlando has remained at the forefront of new technological developments, ushering in a bright future not only for the region and its citizens, but for the entire world.

Did you know that visiting all of the theme parks and attractions in the Orlando area would take around 67 consecutive 8-hour days of fun? That isn’t even taking into account the free activities. Your bucket list has just grown! Orlando has something for everyone, from iconic theme parks to outstanding museums and world-class entertainment to miles and miles of walking and cycling paths and restaurants and retail opportunities large enough to fill more than 900 American football fields.

Orlando is a hotspot for innovation, with 35 colleges, universities, technical schools, and private institutions, as well as hundreds of award-winning elementary, middle, and high schools, making it a place where curious minds thrive. UCF graduates 15,000 students each year. Many people choose to stay in school and enter the workforce with a higher level of education and earning potential. 200,000 UCF alumni work in Florida in fields such as business, sales, and hospitality, as well as research fields such as nanotechnology, engineering, biomedical sciences, and pharmaceuticals. Others travel out of state, adding to UCF’s and Orlando’s rising national prominence.

Spend time reading through the entire job description and all the preferred qualifications a few times. Use that information to tailor your resume and cover letter to the specific position every time you apply to make sure your experience and qualifications stand out! 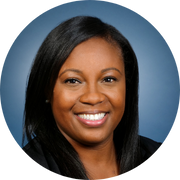 If you are selected as the final candidate for an employment opportunity, both your position and salary will be significantly based upon the information that you have provided in your application for employment. We urge you to please take the time to complete the application in its entirety.

Due to the launch of Knight Vision, including the Workday system implementation and Service Enhancement Transformation (SET), UCF HR is currently in the process of reorganizing our website.

Those interested in searching and applying for jobs should visit ucf.edu/jobs. 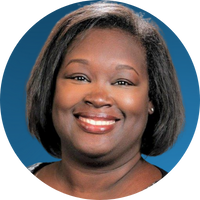